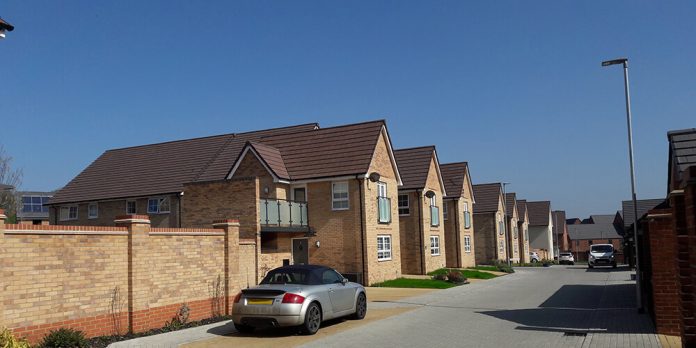 BRACKNELL ROOFING LTD, part of Avonside Group Services, has announced that three of its roofing projects have gained site-wide success, with the associated Site Managers all being awarded NHBC Pride in the Job awards.

Two of the awards went to employees working on Corby-based sites, Lyveden Fields and Priors Hill Park. The third went to a Site Manager at the Fairfields site, located in Milton Keynes. The award-winning trio of sites were all for builders, Barratt and David Wilson Homes Northampton.

Under the leadership of Bracknell’s Senior Contract Manager, Andy Brooks, the team completed all of the associated lead flashings and tiled the roofs using a mixture of Russell Roof Tiles’ Lothian and Grampian tiles.

Commenting on the NHBC Pride in the Job recognition, Andy Brooks said: “I have enjoyed working on these projects and I’m delighted to be associated with these sites. It was a challenge at times, but I am proud that we were able to provide the continuity of labour to achieve the quality and speed of the construction demanded.”

Over in Corby, the Lyveden Fields site consisted of 78 plots, which, again, were mostly detached homes. All the plots were designed in such a way that they could not be completed in one go, resulting in multiple return visits to complete the roofing works. At 26-years-old, Jack Davey was one of the youngest NHBC award winners.

On the east side of Corby, 88 houses with associated low levels and garages made up the Lake View site. The Barratt Site Manager responsible for Lake View, Darren Price, was also awarded the title of Site Manager of the Year for his region in Barratt and David Wilson Homes Northampton’s company-wide competition.