Home INDUSTRY NEWS Cycling Through the Scottish Hills for Charity 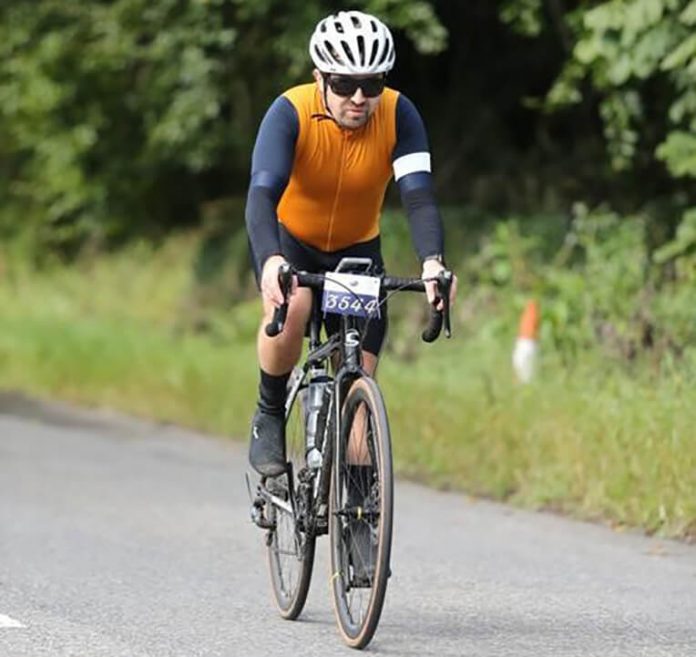 ALAN YOUNG from tile manufacturer Russell Roof Tiles has smashed his original target to raise over £2,000 in the Etape Caledonia cycling challenge.

Alan cycled 85 miles around the hills of Pitlochry, for Beatson Cancer Charity. Beatson is a small cancer charity in Glasgow that provides support to families and patients. It is close to Alan’s heart as they supported his own family when they lost his father to cancer 23 years ago.

Alan, Regional Sales Director at Russell Roof Tiles said: “Whilst it was extremely hard going at times, what has made the challenge more rewarding has been the generosity which so many people have shown to me and more importantly, to the Beatson Cancer Charity.

“I’m ecstatic at the amount that has been raised as initially I had a target of collecting £250. Thank you to everyone who has donated, from friends, customers, suppliers, to the whole of the Russell Roof Tiles team.”

Russell Roof Tiles, has three sites, two in Burton on Trent and another in Lochmaben, Scotland. Over the past few years, the company has supported several projects close to its sites, such as Shropshire, Staffordshire & Cheshire Blood Bikes, Derby & Burton Hospitals Charity and Dumfries and Galloway Health Board Endowment Fund. Russell Roof Tiles encourages its employees with fundraising and has donated over £110,000 in the last five years.

Andrew Hayward, Managing Director of Russell Roof Tiles said: “Supporting our community and our staff is at the heart of Russell Roof Tiles’ ethos, and we encourage our team to get involved with fundraising initiatives and local projects. We’re delighted to be able to help Alan with this challenge and congratulate him on his amazing achievement.”

>> Read more about charitable fundraising in the news

No Energy Strategy could be Manufacturers Nail in the Coffin

Are You Ready to Take on Alan’s Challenge?!

Capita Re-selected by HSE to Manage the Gas Safe Register