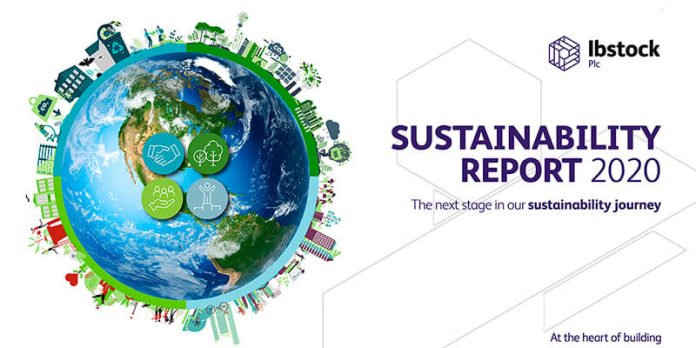 IBSTOCK, THE MANUFACTURER of clay and concrete building products has published its progress towards decarbonisation and says it remains on course to meet its sustainability targets.

Despite a challenging year, Ibstock has continued investing in decarbonisation measures and production efficiencies to reduce carbon emissions.

Notable projects during the reporting year include the procurement of 100% of its electricity from renewable sources. Ibstock believes this move is a significant step in reaching its Sustainability Roadmap target of a 15% reduction in CO2 per tonne of production by 2025.

The company also announced its intention to invest in a pathfinder project at its West Midlands Atlas factory which it believes will become the world’s only Scope 1 & 2 Net Zero brick factory. The combination of reduced process emissions and greater thermal efficiency will cut the carbon intensity of bricks produced at the Atlas site by 50% compared to the existing factory.

Ibstock’s Chief Executive Officer, Joe Hudson, says “We aim to be the most sustainable and resource efficient business of our kind and I am very pleased to be able to share such a high level of detail on our progress. We have made very significant investments in the last 12 months – it is extremely rewarding for everyone in the business to see very tangible evidence of the impacts we’re making.”

Michael McGowan, Group Sustainability Manager says openness and accountability are at the heart of this year’s report. “Climate change is one of the biggest challenges facing businesses and as we look to tackle this, transparency on our progress is key,” he says.

Ibstock plc is headquartered in Ibstock, Leicestershire, with 41 manufacturing sites across the UK.

>> Read more about sustainability in the construction industry in the news

Hambleside Danelaw Back to Basics:
How is GRP used in Roofing?