Home Heritage Roofing Is there a Future for Horsham Stone Roofs?

THE SOCIETY for the Protection of Ancient Buildings (SPAB), along with conservation firms and heritage organisations, are concerned about the crisis of supply affecting Horsham Stone roofing slabs.

According to SPAB, local quarries are exhausted and there is no new stone available for the repair and maintenance of buildings roofed in Horsham slabs.

Horsham Stone roofs are the defining feature of many historic buildings and churches in and around the market towns of West Sussex as well as the wider areas of Surrey and East Sussex.

Horsham Stone has been used on many Grade II* and Grade I listed buildings in the area, including the Arts & Crafts masterpiece, Goddards in Dorking, Surrey, and Sackville College in East Grinstead.

any shortfall with another material (usually clay tiles). It advises that the only alternative approach would be to find the stone second-hand, which often means taking stone from other historic structures.

Due to the stone shortage, the SPAB has called for the resurrection of a Horsham stone supply to ensure that local buildings can be repaired whilst retaining their character. In July this year, the SPAB contacted Horsham District Council to discuss the crisis. The SPAB argues that there is great need for this stone and
generating a new supply could be a valuable commercial opportunity for a roofing or building firm.

The extraction of Horsham stone for roofing is not a large scale quarrying process. It involves shallow ‘delves’ that take stone from the upper layers of the geological strata. The SPAB has proposed that the Horsham Local Plan, in conjunction with the West Sussex Minerals Local Plan, provide a framework for identifying the most promising places for investigation and then invite developers to test for and produce the stone.

Horsham District Council is now working with Historic England to solve the Horsham stone crisis and has welcomed further input from the SPAB. 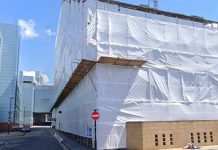 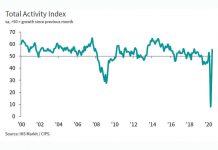 House Completions Down as Barratts Operate at 75% but Orders Rise

Institute of Roofing Invites All to Traditional Clay Tiles CPD