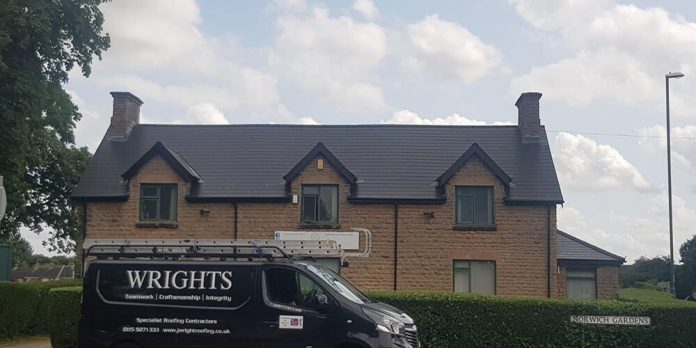 Bulwell Toy Library is a local charity which works alongside and supports children, families and communities to develop, grow and thrive together through play.

The charity, which celebrated its 40th year anniversary last year, had taken over a former local authority 1850s stone cottage which had been used as an office and store. The building’s roof had been neglected for many years and required ongoing maintenance to manage repeated leaks.

Steve takes up the story: “J Wright Roofing sent out one of their roofers to come and give us an estimate for the repair. It turned out that this roofer had visited the Toy Library himself as a child with his mother.

“We then received a quote of £750 for the work and as we’re not hugely well off as a charity we were wondering how we could pay for the repairs.

“Then, out of the blue, Jason Wright rang up and offered to provide a completely new roof for us absolutely free of charge.

“It was the most unexpected and welcome act of generosity!”

Steve adds, “The roofers worked flat out while they were here. And now we have a beautiful, watertight new roof which will last for many years to come. We’re hugely indebted to Jason and J Wright Roofing. The company is well-known and liked in this community and we held a special event to thank them which many of the charity’s users came along to.”

Jason Wright, Managing Director of J Wright Roofing Ltd, commented, “Bulwell Toy Library is such a worthwhile charity. We were delighted to help the Toy Library support the local community which we’re a part of.  To be able to make a difference in this way gave us all a real ‘feel good factor’.”