MEMBERS OF Unite, the UK’s construction union, working at the Drax power station in north Yorkshire are to take strike action next month (September 2019) in a dispute over the recognition of national agreements.

The 29 workers are employed by Altrad-Hertel at the power station. The dispute is a result of the company refusing to register the scaffolders under the relevant industrial agreement, the National Agreement for the Electrical Construction Industry (NAECI). The vast majority of other construction workers on the site work under the NAECI agreement.

Unite has called two 24-hour strikes, the first beginning at 06:00 on Thursday 5 September with a further strike beginning at the same time on Thursday 12 September. Continuous strike action is then scheduled to begin on Wednesday 18 September at 06:00.

Workers will be picketing all entrances to the power station and the strikes are expected to cause considerable disruption, as they will occur during the scheduled maintenance work on the power station. It is thought that any extension to the maintenance shutdown costs Drax hundreds of thousands of pounds each day.

Unite had exhausted all grievance procedures in an attempt to get Altrad-Hertel to agree to abide by the NAECI agreement, before moving to an industrial action ballot.

According to Unite, agreeing to abide by the NAECI agreement would cost Altrad-Hertel “pennies”. The principal difference would be that if a worker is dismissed or demoted, they can appeal to an independent panel comprising an equal number of trade union and employer representatives.

Unite regional officer Chris Weldon said: “The strikes are set to cause a great deal of disruption at Drax.

“The strikes are entirely of Altrad-Hertel’s own making as the company has failed to act reasonably. The vast majority of construction workers at Drax work under the auspices of the NAECI agreement and there is no good reason why scaffolders should be treated any differently.

“Our members feel very strongly about this issue and they have voted for strike action as a last resort. Even though strike action has been announced it is not too late for the dispute to be resolved. Altrad-Hertel simply needs to enter into negotiations and agree to employ the scaffolders under the NAECI agreement.” 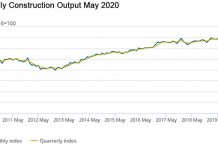