For the past five years Norbord has been represented at the Societies’ annual awards, earning five consecutive gold standard certificates as well as a gold medal in 2017.

The society was established in 1916 as a response to public concerns over accidental pedestrian deaths during the blackouts of the First World War. Since then the society has grown, campaigning on matters such as the introduction of seatbelts, safe cycle schemes, and other accident prevention initiatives – successfully adapting to the safety needs of modern days. 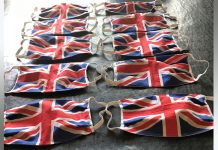