STONEMASONS from Ian Knapper have announced their part in delivering the Queen’s Diamond Jubilee Galleries at Westminster Abbey, which has been recognised in the 2019 RIBA London Award for its contribution to architecture and design.

With 2019 winners being announced across the country, it was in the prized London Region category of the RIBA Regional Awards that the project triumphed, with the awards judges citing the “sense of craftmanship with a contemporary aesthetic” as just one of the reasons for the award going to the project.

Led by MUMA, Ian Knapper stone masons were called in to deliver the centrepiece of the design in the form of Purbeck stone plinths that appear to hover off the floor with seamless glass cases rising flush with their bases, containing a variety of objects spanning the last 1,000 years of history.

“It was a privilege to work on this project which required precise craftmanship to produce the clean lines and exacting finish that was befitting the vision from MUMA,” added Ian Knapper, founder of the stonemasons. “We’re delighted with the end result which seemingly ‘floated’ above the floor making a real statement in the space allowing us to continue the masonry masterpiece of the Abbey’s original gothic stonework.”

The project was delivered as part of the Queen’s Diamond Jubilee and was the first major built addition to Westminster Abbey in more than 250 years. Sitting high above Westminster Abbey’s floor in the 13th century triforium and was designed to display its greatest treasures and tell the story of the Abbey’s thousand-year history.

The judges added, “MUMA considered it essential that the creation of a modern museum display; the technology of display, environmental control, light control, lighting, interpretation and showcases, should not undermine the quality of this space. Successful projects often need open-minded clients, and in Westminster Abbey, MUMA have found a patron with the foresight and ambition to commission them to both design and curate the exhibition- bravo!” 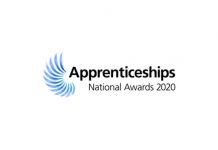 Roofing Today Call for Entries 30 Under Thirty 2020 to Recognise...