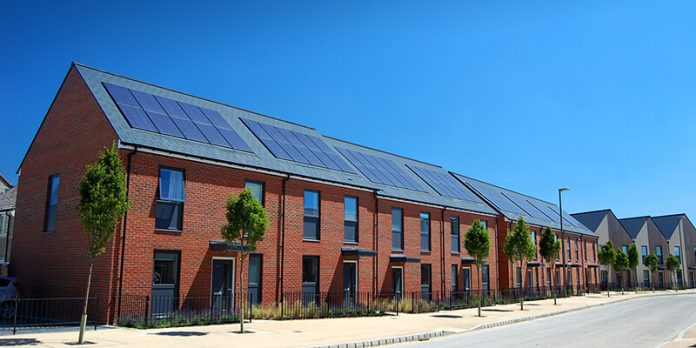 IN AN EXPLORATORY study of the sector, PV CYCLE and imec/EnergyVille conducted the first study of its kind into the re-use of solar photovoltaic (PV) modules.

The goal was to capture the current practices in the PV module re-employment market. The CIRCUSOL study aimed to reveal the market’s risks and challenges, to inform the authorities and actors concerned, and to formulate the first recommendations to help the sector grow.

The EU funded study was carried out through interviews with field operators. It was supplemented by expert opinions on technical and legal rules and recommendations. In addition, the economic, environmental and social desirability and feasibility of the sector were topics included.

PV CYCLE is an independent scheme for disposing of PV modules, founded in 2016 by industry associations, as a non-profit organization. Imec is a research and innovation hub in nanoelectronics and digital technologies.

The Scale of the Opportunity

Renewables are set to form the backbones of our future energy system and among them, photovoltaics (PV) have rapidly become one of the most economic energy generation technologies.

In the circular economy approach, re-use and repair play an essential role in extending the useful life of PV modules by preventing their early entry into the waste stream. The boom in photovoltaic installations began 15 years ago, which explains the emergence of the re-employment market exploiting the first wave of dismantling of modules.

PV module re-use is, then, a nascent industry, with companies operating in an unexplored and mostly unregulated area. Industrial and public players in PV and waste management have little or no knowledge of its operations.

About 15 companies are active in the PV re-use sector with a market estimated between 500 and 600 MWp / year. The volume traded is very difficult to estimate as neither PV site decommissioning nor PV resell markets are registered.

The price of electricity generated by PV has reached a levelized cost of electricity of 5-10 €c/kWh, leading to a major acceleration of its deployment with over 110 GWp of newly installed capacity in 2019 alone.

The cumulative installed PV capacity is now 627 GWp and it is expected to reach over 1 TWp by 2025 as predicted by the IEA PVPS. The PV market is largely dominated by crystalline silicon (c-Si) PV modules representing 95% of the market share, while thin-film modules remain a niche product.

The Terawatt Era of PV modules is approaching fast, and it is raising important questions about end-of-life management as 5 million tons of PV waste by 2030 is projected by IRENA. Embracing a circular economic model for this maturing industry brings a major opportunity to make sure that PV becomes one of the most sustainable sources of energy.

PV modules represent roughly 40% of the total PV system costs which motivates the re-use business case. However, the continued rapid decrease of PV modules prices (now down to 0.2-0.3 €/Wp) and rapid increase of PV module efficiencies (now in the range of 17 to 21%), raises questions about the economic viability of the sector.

Second-hand PV modules with lower performance and lifetime expectations but with higher financial risks are mostly in demand in low-income markets. These include African countries but also certain regions of the Middle East and South-East Asia which seek extreme low-cost PV systems with less quality/aesthetic requirements. A rather small (around 10 MWp) and temporary market still exist in (Western) Europe where feed-in tariff regulations often require “very similar” replacement modules in case of damage.

Overall, re-used or repaired PV modules are not competitive for new residential, commercial and utility-scale PV installations in high-income countries. Even in developing countries with government incentives to deploy PV, their competitiveness is in question.

Currently, PV modules for re-use are mainly sourced from large commercial PV systems (10kWp to MWp). Other sources are large scale PV plants (> 1MWp) in Europe, USA and China damaged by severe weather leading to all PV modules being removed though many can be intact.

The most cost-effective method is to collect re-usable modules at the decommissioning site. Sorting, visual and electrical testing and documentation can be completed immediately upon removal. This can even include small repairs of the external electrical components of the modules, such as cabling, connectors, and diodes.

Detailed recommendations on the procedures of sorting, visual inspections and simple and advanced electrical testing, as well as documentation are developed by imec and bifa in the report.

In certain cases, modules are directly transferred to the treatment facility for these recovery procedures for more extensive testing and repair, involving a higher cost.

Eszter Voroshazi, R&D manager at imec/EnergyVille comments on the recovering process, “In our view, technical guidelines and standards outlining sorting and testing steps and, most importantly, setting the technical criteria to qualify modules for re-use is a must to ensure the high quality of re-used modules.

“It might be worthwhile to consider only PV modules for re-use which still have a power above 70% of their initial value and to exclude PV modules with defects having an even minor concern regarding safety. The implementation of such requirements, which are currently totally absent, would ensure homogenous product quality and build trust towards clients and the original equipment manufacturers.”

In principle, preparing PV modules for re-use has no negative environmental implications. It is, therefore, a desirable step as part of the circular economic model for PV. In Europe, the eco-design requirements imposed on electrical and electronic equipment, measuring the CO2 footprint, is expected to enter into the market for PV modules in the coming years.

Jan Clyncke, CEO of PV CYCLE sees this as a critical factor: “This is very likely to make re-use of PV modules more competitive and desirable. An important note is that the environmental feasibility of the second-hand PV modules is at risk if their adequate recycling is not guaranteed after their second life. Thus, the current practice of exporting re-used PV modules to developing countries with insufficient waste regulations is creating a major environmental concern.”

The re-use of PV modules clearly creates employment opportunities for technically skilled and local workforces both in the decommissioning and the re-installation countries. This should be accompanied by proper training of the workforce. Furthermore, it could lead to the creation of 63 jobs per 1000 tons of electric and electronic waste according to an estimation of the RRE-USE network.

It is important to note that to ensure the economic viability of the sector, especially in high-income countries where PV systems are decommissioned, automated sorting and testing etc. would be required. Such market growth is not only desirable due to the generation of jobs, it also reduces energy poverty in low-income countries, which indirectly contributes to further economic and social development.

In summary, based on PV Cycle’s assessment, photovoltaic modules are by design sustainable products. Under the condition of existing systems well regulated and controlled for their technical inspection, repair and final treatment, re-use can clearly be desirable.

The economic viability of the sector is currently achieved in low-income countries as clearly evidenced by the fact that most of the global and European players export to these regions. Re-use of photovoltaic modules in developed countries is currently only viable for niche applications. Its adoption will depend on whether and how the CO2 footprint of electronic products are incorporated into the cost of the product.

Overall, the unclear legislation, the lack of control of the WEEE directive, and the nearly complete lack of similar legislation outside the EU raises serious environmental and safety concerns about the re-use of PV modules. At the dawn of the first decommissioning wave of PV systems, followed by an expected rapid rise of the volumes of re-usable PV modules, we are calling for a careful assessment of the sector and its adequate regulations in consultation with the relevant global actors.

Construction Could Default on £4.2bn of Bounce Back Loans

SPRA Conference and Awards 2021 on Driving Confidence and Competence