TRADE SUPPLIER Toolstation has launched free prize draw to Win a Van – with a Ford Transit Custom on offer, as well as Makita tools.

In addition to the first prize, two runners-up will win £1,250 worth of Makita tools each, just by entering the free draw.

In 2019 Toolstation opened 60 new branches to bring their total number of UK stores to 390. It also added over 3,000 new products to their range, including 30 new trade brands and reduced the time it takes to Click & Collect to just five minutes.

John Meaden, marketing director at Toolstation, says the ‘Win a Van’ competition is back by popular demand and provides the business with the chance to thank customers for their continued support.

He said: “A wide range and everyday low prices are just two of the benefits of buying from Toolstation, which is largely thanks to us building great partnerships with trade brands like Makita, Dulux, JG Speedfit, Mira, Stanley and MK over the years.

“Our ‘Win a Van’ competition always proves incredibly popular with our trade customers and is our opportunity to say thanks for choosing Toolstation.

“We’re encouraging everyone to enter now to be in with a chance of winning these great prizes.”

Layher’s 75th Anniversary Signals Readiness and Optimism for the Future 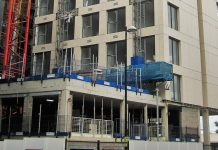 SIG Customers Invited to Sign Up to SIG Live