UK SOLAR INDUSTRY firms have rallied behind plans to develop a supply chain transparency protocol in response to concerns about forced labour.

News has emerged in recent weeks about alleged forced labour in the production of materials such as polysilicon, which is used in the manufacture of solar PV panels.

It follows a report by consultants, Horizon Advisory into the worldwide supply chain for solar raw materials. It found “indicators of forced labor” from solar businesses in China such as Jinko Solar and some of the largest polysilicon suppliers in the world, accounting for at least a third of worldwide capacity. Forced labor associated with the production of polysilicon for solar panels, the authors write, implicates a significant swathe of the entire industry.

UK solar energy companies have put on the record their opposition to, and condemnation of, any human rights abuses taking place anywhere in the global solar energy supply chain.

“We, members of the UK solar energy industry, condemn and oppose any abuse of human rights, including forced labour, anywhere in the global supply chain. We support applying the highest possible levels of transparency and sustainability throughout the value chain, and commit to the development of an industry-led traceability protocol to help to ensure our supply chain is free of human rights abuses.”

The statement was developed in consultation with industry members as part of Solar Energy UK’s ongoing supply chain sustainability workstream. The association has been in continuous engagement with international associations including the Global Solar Council, SolarPower Europe and the Solar Energy Industries Association in the U.S on improving global supply chain transparency. 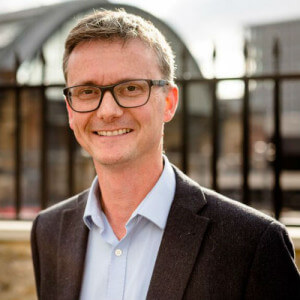 Chris Hewett, chief executive, Solar Energy UK said: “This is a matter that UK solar energy industry members are treating with the utmost seriousness. The industry continuously reviews its supply chain protocols, and as the UK’s trade association we seek to ensure practices are in line with internationally recognised standards.

“The matter of making global supply chains as transparent and sustainable as possible brings a significant degree of complexity. In response to the allegations of forced labour related to the production of polysilicon in Xinjiang we are working with international trade bodies to develop an industry-led traceability protocol to ensure the global solar energy supply chain is free of human rights abuses.”