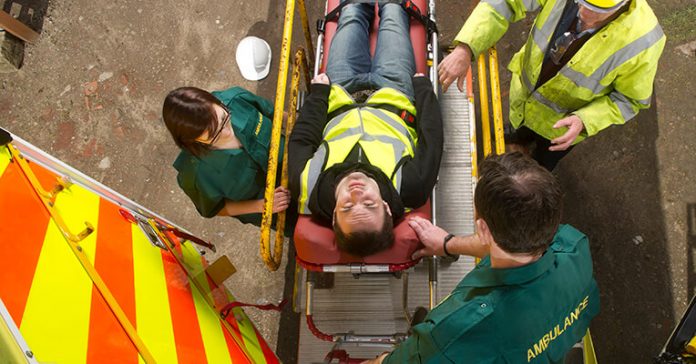 UNITE is warning construction workers not to be duped by a campaign launched by a legal firm, called the National Accident Helpline.

The National Accident Helpline is run by a no win no fee legal firm. Its new campaign, called Rights on Sites, says it offers assistance to construction workers when they suffer an injury on site. However, by using the services of the National Accident Helpine the injured worker will lose a large slice of their compensation if their claim is successful.

The union says that the Rights on Sites offer compares poorly with cases it takes on for workers. It says that when Unite takes on a personal injury case for a member who is injured at or away from work, the member obtains the service free of charge and receives 100% of the compensation awarded.

Unite general secretary Sharon Graham said: “When an offer appears to be too good to be true it usually is. The National Accident Helpline has not launched Rights on Sites out of the goodness of its heart but as a cynical attempt to boost profits.

“Unite is the union that puts the jobs, pay and conditions of its members front and centre and that commitment applies fully to all construction workers.”

The union says that a key part of being a member of Unite is that the union will support a worker with all employment issues, from disciplinary concerns to negotiating pay and conditions.

In a further claim, Rights on Sites raises the spectre of blacklisting, claiming it will explore its ‘hard realities’. The union points out that, to date, it has secured £21.24 million on behalf of 465 construction workers who were the victims of the Consulting Association blacklisting organisation. Unite continues to support workers in contemporary blacklisting matters.

Unite believes that the way that the National Accident Helpline is highlighting blacklisting does nothing to resolve the issue, and is using the scandal and workers’ fears about the practice purely as a self-marketing exercise.

Unite national officer Jerry Swain said: “The best possible protection against injuries on construction sites is to be a member of Unite. Union organised sites are safer sites and if an accident should occur, our members receive a 100% of the compensation award.

“The National Accident Helpline has absolutely nothing to do with workers’ rights on construction sites. They are ‘ambulance chasers’ who only take on the cases they are convinced they can’t lose and then help themselves to a fair old chunk of the worker’s compensation.

“Personally, I believe they are reducing workers’ rights and entitlements on construction sites and maybe it is time for trading standards to take a look at the misleading use of the slogan Rights on Sites.”

>>Read more about Unite in the news