Winners of the event were announced on Saturday 17 November, following the final day of the competition. Leeds College of Building (LCB) made it a hat-trick of gold medals; with The Roofing Corporation Ltd apprentice, Joe Turner, 25, winning the competition for the college in its third consecutive year.

Joe, who has Level 2 & 3 Roof Slating and Tiling NVQs, said, “At The Roofing Corporation I do a lot of handmade tiling with clay tiles – both plain and pantiles – so working with machine-made clay tiles at the competition was a lot easier for me. We also do a lot of ornamental slating, so I knew what I needed to do to win. I just had to make sure I worked to the Skillbuild points scheme and to a good pace to complete it on time!”

Chris Messenger, Lecturer at Leeds College of Building, said: “I am elated that our LCB roofing apprentices have achieved three successive gold medals. I am so proud of Joe, he has worked incredibly hard and deserves his gold. I’m also proud that LCB have set the standard and showcased the skills required to achieve this national award.

“Our students go on to achieve amazing things from competitions such as Skillbuild. Our 2016 Skillbuild gold medal winner, Will Emerton, won the Presidents Shield at last week’s IFD competition, a true credit to our Roofing Department and an inspiration to all of our current young apprentices,” Chris added.

Skillbuild roofing regional contests began at the colleges in March this year, with roofing apprentices across the country competing to earn themselves the title of regional top scorer and a place in the final. This year, Matt Timby, a previous winner of SkillBuild himself and a gold medal winner at the international roofing competition, IFD, took on the role of Head Judge, alongside Assistant Judge and award-winning roofing contractor and trainer, Andy Rowlands.

The final was well attended by schools and colleges from around the UK, with many prospective roofing apprentices stopping by to watch the competition as it got into full swing.

The Roof Slating and Tiling demonstration area, run by Newcastle College roofing lecturer, Alan Bessford and Hodgson Sayers apprentice, Brad Hayes, also proved a popular attraction for youngsters with many trying their hands at slate cutting and clay roof tiling while learning about careers in the roofing industry. 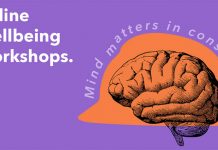